Last week I had two momentous achievements in my career as a writer:

First, I had a story published on a very popular, national website, exposing my writing to thousands of new readers.

Second, I had my first encounter with haters.

I have been writing MEA since the birth of my daughter in 2010. Since that time, I believe that I have cultivated a niche, in writing honestly about the things that other people are afraid to say. When I had my daughter, life was enchanting, filled with tutus and sparkles. BUT, motherhood was also, at times, lonely, scary, boring and oh so hard. My goal was to speak candidly so that other mothers would not feel guilty or alone in their mixed feelings about parenthood.

Things changed in 2013 when I became pregnant with my son and experienced Perinatal Distress and Severe Postpartum Depression. I came out with my story, as I was someone who had not previously suffered from any kind of mental illness, and I was met with incredible support. I was called “brave” and “amazing” and “strong”. I wrote My Hard Story. My readership exploded, I re-launched my website and developed a loyal following. Best of all, I created a private online community for women, where we are able to speak openly about our personal life issues.

Things have been going great, and I was thrilled when an article I wrote was selected to appear on a very Scary Mommy, a high profile website about motherhood. I decided to write about something a little different: my experience with having two children who needed glasses by age 1. Once again, I wrote about how lucky I am to have a problem with a solution and how glasses only make their lives 1% more difficult. But, I was also brutally honest. I admitted that the 1% was more than I could handle, at times. I admitted that I hated to see my children’s perfect faces obscured by nerdy wire frames.

I admitted that I wish my children didn’t have glasses. 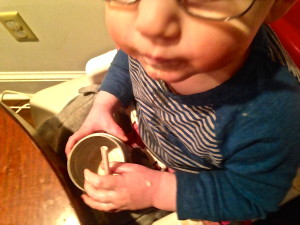 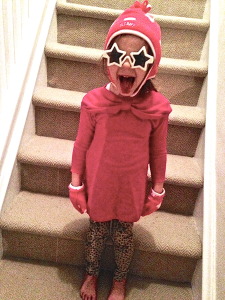 The piece was published and out came the haters. They came crawling out of the woodwork in the soapbox upon which they stood. I was told that I was “appalling”, that I lacked perspective, that I was “shallow” and “superficial” and that I had no idea what “real problems” are really like, as surely nothing bad has ever happened to me.

Isn’t it interesting the assumptions that people make? I was trying to advocate and educate with my article. I was trying to say “You are not alone in feeling crappy” to the other parents whose babies have vision issues and while simultaneously giving other people the tools to be more sensitive to those kids who do wear glasses (and their parents). Of course I am grateful for healthy children. After the horrors of last year, I am grateful for more things than you can imagine, including the fact that I survived. Yet, because I admitted that I didn’t like the fact that my child had something that I perceive to be a(n albeit tiny) challenge, I was lambasted.

Instead of taking the time to read my article carefully, or reflect upon it’s true message, many readers told me that I am a vapid and ridiculous person who offends them with my frivolity. If a woman was told that her child had to wear a paper bag over his head, or only walk backwards, or speak solely in a made-up language, I imagine there would have been a bit more compassion. For some reason those challenges seem worthy of a complaint. Mine does not.

Why don’t I like the fact that my 5 year old and 18 month old wear glasses? I don’t like it because my daughter can’t see when she’s swimming in the pool. I don’t like it because my son has had to go days without being able to see, when he has lost all 3 of his pairs of glasses over a weekend when the glasses store was not open. I really don’t like it when my children are told that they are cute “even with the glasses”. And, worst of all, when someone makes fun of my child, I want to crawl into a tiny hole. Perhaps a hole in that soapbox up there. And, finally, I don’t like that my children–my gorgeous children who I am so blessed to have, and who are healthy and smart and funny and amazing—have to have wear frames that cover their faces. This is not something that I am proud of, but it is the truth. And I will always speak the truth.

This was a great learning experience for me. I learned that no matter how empathic I am or sensitive I try to be, there will be people who will disagree with me to the point of castigating me from behind their computer screen. I learned that people like to feel righteous in putting others down, when I believe that true virtue would come from building others up.

But, most of all, I learned that I can handle it.

Featured Image Via my 5-year-old on the iPad.