This is hardest part of the hardest post. And though I’ve been so overwhelmingly grateful for the outpouring of support, both publicly and privately, that I have received thus far, it is still hard to put all of these things into plain words.

This has been a life changing experience to me, and writing it makes it real. It also exposes me at my most vulnerable spot. My ability to be a mother. It is admitting to the world that I am not the person who you thought I was. And that is hard. So I started to doubt myself a bit.

In rushing to pick up my daughter from school, feed and change my son and tidy the house, I picked up a little jewelry box of my daughter’s. It jingled.

Inside I found this. 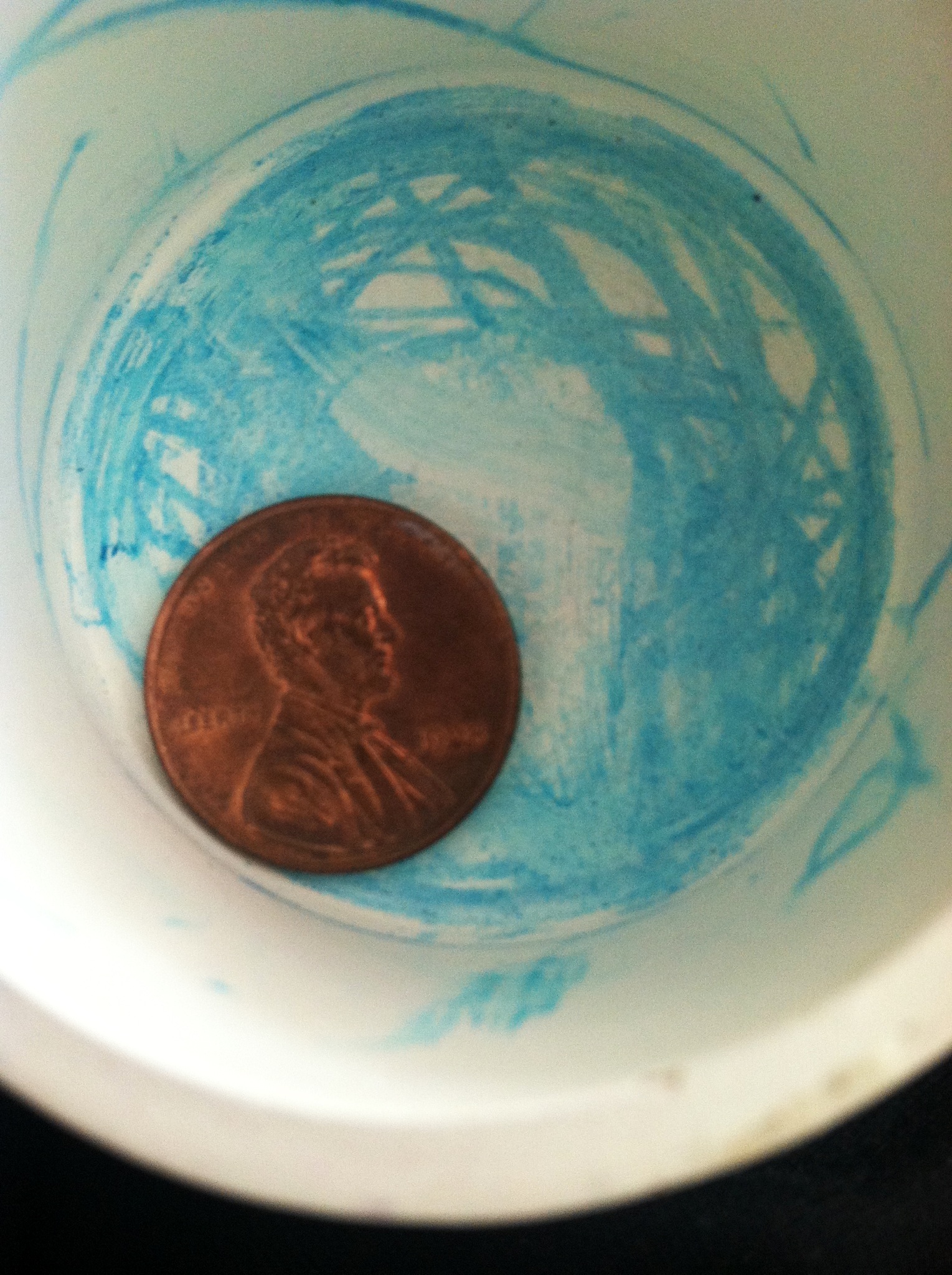 A penny from heaven, from the year we lost our matriarch. She is telling me to be brave. And so I shall.

So when I left off, my baby had a fever and we had to take him to the Emergency Room. There, they had to do a full septic work up, including drawing blood, catheterizing him and, worst of all, giving him a spinal tap. He was diagnosed with RSV, which presented itself in my daughter as a cold earlier in the week. While in the ER, out of sheer malnourishment and stress, I passed out. I had to be admitted as well. So my son and I spent a cold night in December in adjoining rooms of the Emergency Room, each hooked up to tubes and tests, each fighting.

My son needed Oxygen, and spent 4 days in the hospital. I needed help.

And that meant weaning my son and giving him formula. So in the hospital that night I gave him his first bottle. And I began to take the medicine I needed. And it began to work.

I am about to type the hardest thing that I have ever typed.

After my complicated C-Section, I was told that it is not safe for me to have any more kids. I can no longer have children. I am just shy of 29 years old.

Perhaps this was a catalyst for the deep depression that would consume me this winter. And perhaps it was a combination of things. But it breaks my heart.

I look at the time after having a baby as the most magical in existence…and I will never again experience that.

And I should be clear: I am so freakin’ lucky. I have two healthy children. I have a boy and a girl. I narrowly avoided a blood transfusion. My son got to come home from the hospital. I was fertile and was able to nurse two babies, one for 18 months, one for ten weeks.

But it is still something very painful for me, to be told that I am not in control of my own future, my own plans, my own body.

I am happy to say that while my story is not yet over, things are looking up. I no longer cringe when I see the container of formula. I look at my strong, moose of a baby and am thankful that he is fed and that we have the resources to feed him. I no longer look at life as hopeless. I have hope.

My days aren’t yet easy, but they are also not so bleak.

And I have seen who my real support system is, my incredibly family and the friends who have become that.

And I love my children. I am able to enjoy them again. There is some light back in my eyes. And I am working, clawing my way back to happy.

A good friend recently told me that his mother always told him that “This too shall pass”. And in my darkest days, I did not, could not believe that. But I believe it. I believe that I can laugh with my friends again. And snuggle my kids and feel that feeling of home and right once more.

So, though I don’t know what the future holds, I do know that, as my friend said,

This too shall pass.

And I am thankful for each day.