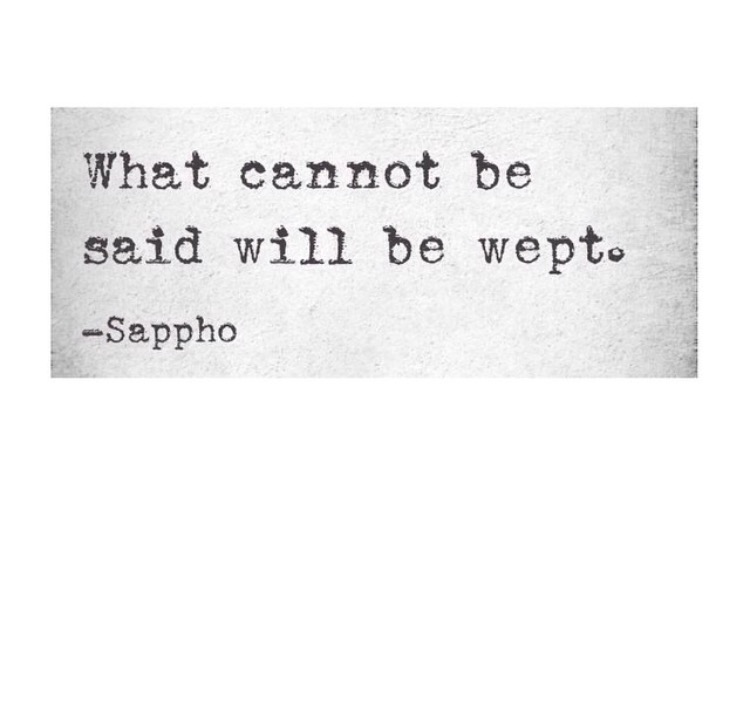 Where to begin? I sit here, hands tracing the keys of my laptop, but I don’t know how to start our story; to really tell our story in a way that will do it justice. It probably won’t make sense to anyone else. But it does to us, so I guess that is all that matters.

As our mentor’s mentor, Ernest Hemingway, said, “All you have to do is write one true sentence. Write the truest sentence that you know.”

And so I shall try:

I saw a girl, once, sitting on the ground of the third floor of an old, musty school building and she looked like the most beautiful and interesting thing, and I was desperate, instantly, to get close to her.

I have written many stories on here, about my childhood and adulthood and parenthood, about things joyful and sorrowful and fanciful, but there is one piece of my life that I have left almost untouched.

I did not have a traditional college experience. I started off attending the Honors Program of a big state school, so that I had tiny, elite classes, but also giant, cheering crowds of football fans (which was supposed to be the best of both worlds) and I stayed there for a year and a half straight.

It was there that I fell in love, with reading literature and with a boy from a tiny town in the Mid-Hudson River Valley.

It wasn’t a perfect fit for me, but I have some fond, nostalgic memories; of running in a storm of icy snow to catch the school’s busline, so that I would make it in time for my seminar on Jewish Cinema; of walking into crowded frat parties, with their smell of stale kegs and the feel of sticky floors and air; of being selected to sing in the school’s talent competition my first week as a Freshman; of buying a beer funnel and leaving it in a tax and buying funnel cake and eating it at Arts Fest; of watching the Friends series finale and sobbing on the floor of the dorm room two doors down, which always seemed to smell like popcorn. And the list goes on.

But after a year and a half, I left school and the small life that I had built there to travel abroad to Barcelona (where I would experience many new things, the most important being Twin (obviously).

Upon my return home to the states that May, the summer after my Sophomore year, I decided that I did not want to go back to the big school, 3 hours from home. I had just lived in a vibrant, colorful world, and couldn’t bear to go to a place where there were no tall buildings. I don’t mean to say this disparagingly. People live and breathe for the school that I attended. It just wasn’t for me.

And so I transferred, to a satellite campus in Philadelphia, where I was able to remain in the Honors College.

This was the best academic decision I have ever made.

I entered into a class of five. There were five of us in the Honors Program. It was so intimate and astounding and life-altering…

but I have gotten ahead of myself.

On my first day of classes at my new school, where I knew no one, I felt nervous and detached. I had made the choice to trade these huge, crowded cities for a mere two buildings and a duck pond.

As I had already declared myself an English major during my Freshman year, my first class was one on literature, with this incredibly smart and dynamic, dark-haired professor who spoke with great passion about American Popular Culture.

And after that, I trekked up the stairs of the old building that housed most of the Liberal Arts classes,

and I found my way down a small, corridor, to a tiny corner classroom.

And there she was.

Sitting on the floor with a spiral notebook, I saw this beautiful, and elegant and impossibly chic looking girl. And as we introduced ourselves, we realized that we had been previously “set up” by mutual friends, but just so happened to have met coincidentally that day. She was one of the five in my class.

My honors class was like “The Breakfast Club”. Really. We were all so different, but got along beautifully. There were four girls and one boy: One quiet but sweet Information, Science and Technology girl, one Class President type, studying business and ruling the school with her sparkly, kind demeanor, a shaggy haired boy, shy and pensive and incredibly bright, and then, the girl. She was a fellow English major. She liked words like I did.

And at the helm of our happy, mis-matched group was a Hemingway scholar like no other.

She was the author of a book about the “Lost Generation”, the group of colorful expatriates who gathered in Paris, often at Gertrude Stein’s salon after World War 1 (or, as they thought, The Great War), like Hemingway, Fitzgerald, T.S. Eliot and Jon Dos Passos. Note: I am oversimplifying this incredibly, and for that I am sorry. But if i were to continue to try to define the Lost Generation, this post would turn into a novel and I wouldn’t be able to see straight.

Our Professor was a personal acquaintance of the Hemingway family, and she knew it all. She introduced us to his short stories, novels, memoir…and to the color and life of that time in history.

Why does all of this matter?

It matters because this band of early 20th Century misfits seemed to mirror and our little Honors band of misfits, and learning with my class, in this tiny classroom around a boardroom style table

Because it brought me a soul sister.

I wrote this week about soul friends, and from the moment we met, the beautiful girl from the hallway floor and I formed a bond.

I admired everything about her, and the closer we got, the more I liked her and marveled at her.

I loved her sense of style, and the way she furnished her apartment (it seemed so grown up to me, with her fancy lamps and dressers painted with flowers and her own cats!) and her incredible work ethic. Her brain. Her insight. Her intellect.

The next two years, she and I worked closely together, as we were in almost all the same classes, and our Hemingway Scholar Professor became the mentor for both of our Honors Theses.

It is funny to say this, because I had a long-term relationship for the first half of college, met my Twin during Sophomore year, met my husband during Junior year and became engaged to him during my Senior, but this girl, to me, is like my one, real college friend.

I realize that I am in the minority, as I see my friends so connected with their former sorority sisters and roommates, but for me it was different. As I told her today, it was quality over quantity. And she’s it.

And over the years since college we have woven in and out of each others lives. There were times when we were inseparable, seeing each other several times a week and talking for hours on the phone; and other times that years went by without a date; but it never mattered. Never ever. Not once has she missed calling me on my birthday, and when my daughter was born, we brought her downtown to meet my dear friend in her gorgeous city apartment.

In the past few months, though, I will say that we have connected in a way that is so profound, it is almost impossible to describe. I was talking to her today and I said, “It’s funny that you’re the hardest person I’ve ever tried to write about.”

And she replied, “Because words don’t do it for us. It’s deeper. Ironic…”

and I finished her sentence with, “because we are both all about words.”

We have not seen each other in years at this point, but are planning to reunite soon. But until then we speak every day, and we are just there for one another in this impossible, indescribable way.

And, you may ask, if it is so hard to describe, then why are you writing about it?

And I would reply, because I love to tell stories; that is what this is all about. And this is a big part of my story. And she is a muse; a radiant character, and she deserves to be a subject of some sort of art, and this is a (terribly inadequate but) fine place to start.

I had asked her to show me pictures of her apartment, as I have always been so amazed by her style. And she sent me these photos and told me to look closely. 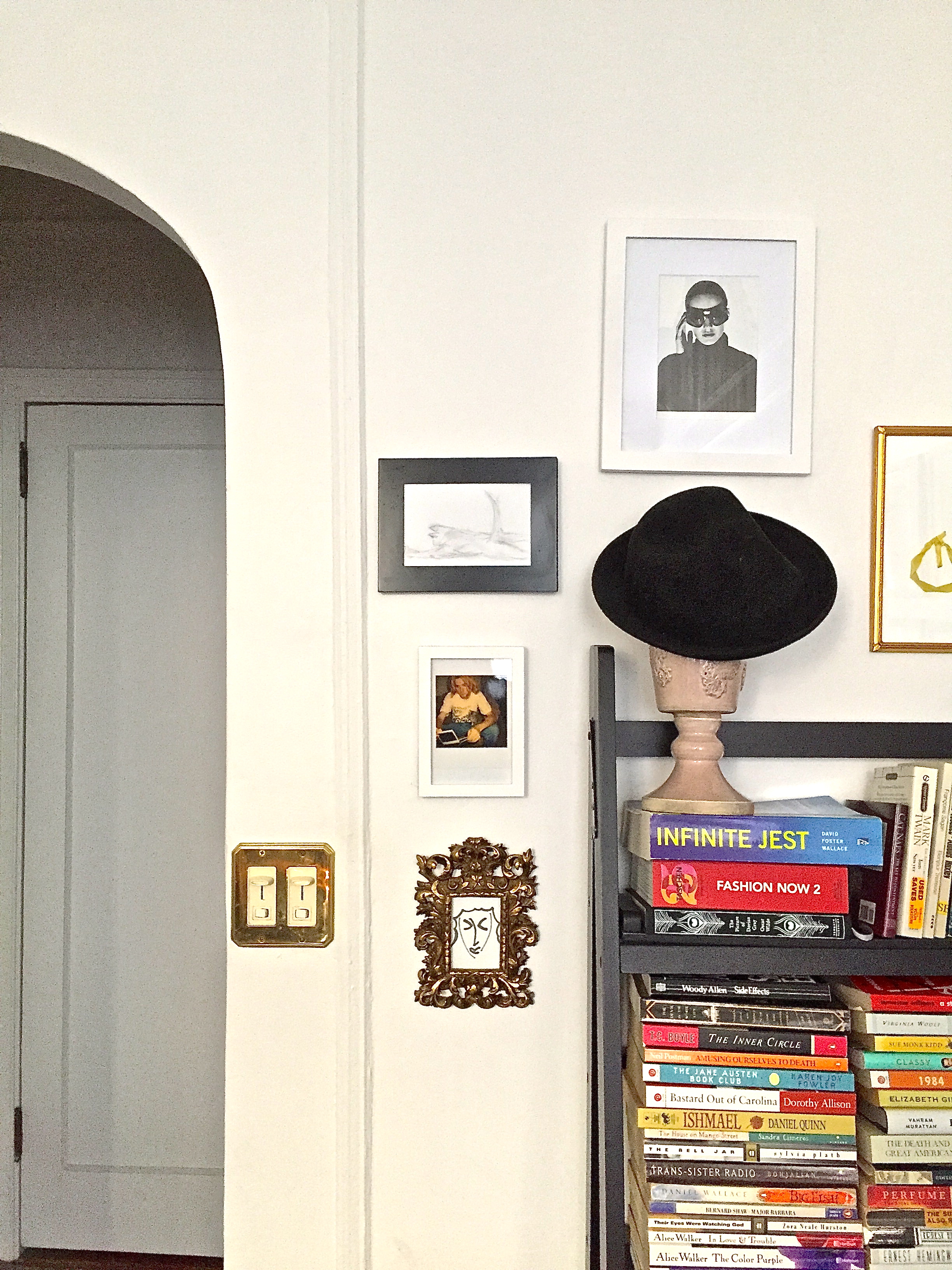 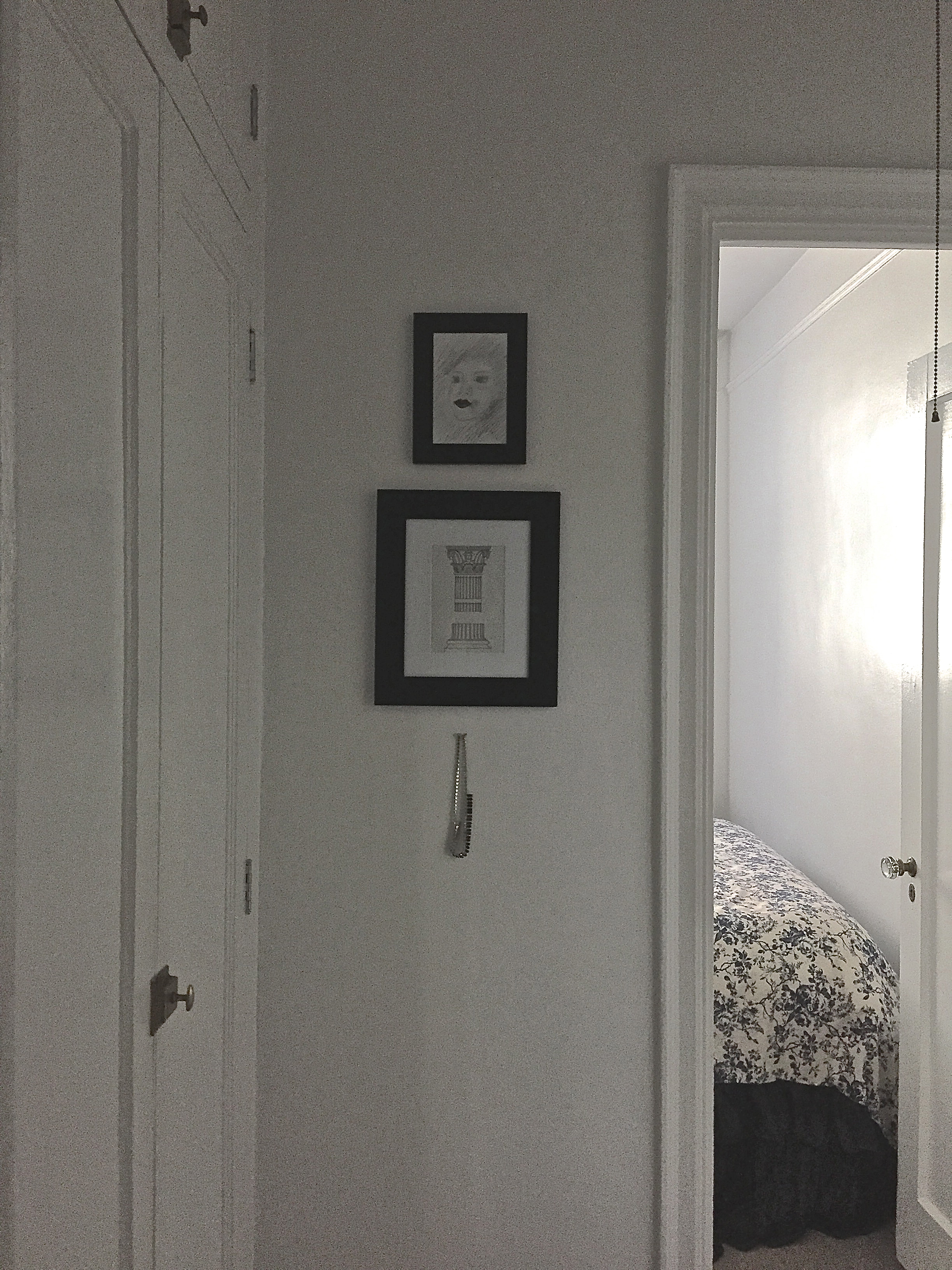 Hanging prominently in her apartment for the past two years are two sketches that I made for her the year after we graduated. In the top photo, it is the drawing of a cat, stretching. In the bottom, it is a girl’s face, with red lips.

When she showed me this, gobsmacked is the best word I can use to describe how I felt. I drew her these pictures because I love her and I shared them with her because I trust her, but this is not me being modest when I say I that am not an artist. I am not very good at drawing. But for her, these pieces were special enough to hang in her home, her sanctuary. I am humbled beyond words.

There are many stories in my story; the story of how divergent paths can lead you to the same place as someone with whom you’re meant to be; the story of how friendship, when true, prevails over all else; the story of two young women, who met at twenty, are meeting each other, a decade later, and falling in love all over again; the story of passion; and the story of college, and how it looks different for everyone.

I saw a girl, once, sitting on the ground of the third floor of an old, musty school building and she looked like the most beautiful and interesting thing, and the closer I got to her, the more she unfolded, and the more stunning she became.

I always say this to her,

that I am a reader and not a writer,

so I will leave it to one of the greats to wrap up our story for now.

But I just mean on the computer,

for I believe our story together has only just begun.

Their eyes met and in an instant, in an inexplicable and only half conscious rush of emotion, they were in perfect communion.

By mommyeverafter Monday, December 8, 2014 1 A Hopeful Story, mommyhood, My Friends (My Tribe) No tags Permalink