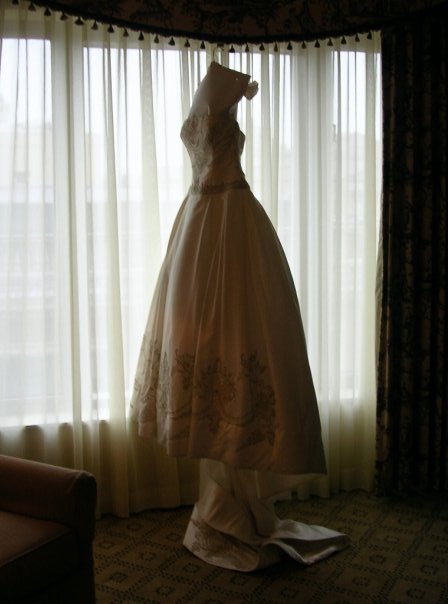 Earlier this week, my daughter rolled over for the first time.
It was out of the blue.
It was tummy-to-back.
It was momentous.
A milestone.

Later that day, I got to thinking about milestones.
In the land of mom, it’s all about the milestone.
First smile, first tooth, first word, first step.
Sometimes, milestones are things we plan for, anxiously awaiting their arrival.
A first kiss,
A milestone.
Getting a driver’s license,
A milestone.
First legal trip out to the bars,
Definitely a milestone…
…Or two.

And sometimes, a milestone is as surprising as it is meaningful.

In thinking about my own life milestones, I got to thinking about Sex and the City.
As strange is it sounds, many of my own life milestones came at the same time that milestones were happening to the characters of my favorite show.
Sex and the City premiered on Sunday nights on HBO.
I had my first real boyfriend.
Carrie moved to Paris for Petrovsky.
I moved to Barcelona for my Semester Abroad.
The Sex and the City series finale aired one sad, Sunday evening in February.
Well, all I can say about this one is that I was in college, with no HBO.
Not a good combination.
So, of course, my parents had to tape the episode for me
and overnight that bulky, precious VHS tape,
so that I could watch it the very next day.
I may have skipped class to watch it as soon as the mail arrived.
I may have cried so hard that I burst a blood vessel under my eye.
I may still have a small, red mark under that eye, like my own SATC battle scar.
But, that’s all purely speculation.

Sex and the City: The Movie premiered May 30, 2008.
It was about Carrie and Big getting married. It even featured a wedding dress montage.
Now, can you guess my own wedding date?
Oh, May 31, 2008.
Yes, the premiere was the night of my rehearsal dinner.
Um, remember what happened to me the night I saw the series finale?
I was not prepared to go to my wedding with big, puffy eyes and any more broken blood vessels.
So, my entire network of family and best friends may have worked tirelessly in order to get me into an earlier premiere screening.
My sister and I may have gone to the premiere.
We may have held hands, and cried…
during the opening credits.
We may have talked back to the screen.
(and let me tell you, we were not the only ones).
I may have been chosen for a contest in front of the entire theatre that I may not wish to write about on here.
But, again, this is all simply speculation.

That weekend in May, Carrie got married
And so did I.
Milestone, much?
Sex and the City 2 was released last month,
just in time for my husband and I to have our first post-pregnancy date.
It was all about marriage, motherhood and milestones.
Need I say more?

But, it’s not so much of a coincidence that I had so many of my own life milestones at the same time as the milestones featured in the show.
Milestones are all around us,
All of the time.
Now, if I were Michael Patrick King, I’d say something like,
“Well, you’ll never known a mom until you’ve walked a milestone in her Manolos”
Except, Michael Patrick King would obviously find an infinitely more brilliant way to say it.
All I can say is that in the end, life is all about milestones. Every day, there is a new moment for us to live and breathe and smile our way through.
Milestones are happening whether we recognize them or not.
Some milestones are ones you have been planning for all of your life,
and others are milestones you didn’t see coming from a mile away.
And when you are able to live that milestone in the moment,
And cherish it for what it is,
Even if it’s something as simple as a smile,
Well…
then that’s just fabulous.