(Editor’s Note: This post was originally composed on Monday, December 19. Writing had to be postponed* which accounts for any confusion as I refer to “today” as “Monday” when it is, now, Tuesday. Many thanks!)

Today, I had a massive case of déjà vu, and not necessarily for the best reasons.

I am really fascinated by the concept of déjà vu and I have written about this phenomenon many times before; over 7 years ago, in fact, I shared a cute, little love story about two new parents in their twenties, in case you want to reminisce with me. There is something about the vague recollection or feeling of familiarity that I put in the same category of “nostalgia” for example, as they represent these concepts that are so meaningful and also ephemeral, as they simultaneously feel so big to me and yet they slip through my fingers before I can hold onto them tightly enough to (savor or) save.

Along with my déjà vu I also had some premonitions and coincidences that were big enough to make me stop and take notice.

This morning was a very typical, hectic Monday. I shared this over on Instagram, but last week a virus decided to walk through my front door, take off its shoes and hang out for far too long, totally overstaying its welcome like that guy. You know that guy?

My daughter was home sick on Monday. Tuesday my son started to come down with the sniffles and a cough and so he was out for the week. Friday, my daughter was home, again. This meant that I was also home all week, hanging out with no one besides my two sick kids and the doctors at Grey Sloan Memorial Hospital.

(By the way, when you re-watch Grey’s Anatomy for the third time, starting halfway through season 6, you will discover a few things:

1. It is just as good the third time around, if not better.

2. I am now halfway through Season 10 and, in the span of just these 4 seasons I have experienced the gunman episode (best ever), a plane crash, many car crashes, a superstorm, families growing, families falling apart, relapses, affairs, a bus explosion, several proposals, several weddings, a musical episode and lots and lots of tears.

3. It evokes these feelings of familiarity that are like…hmmm…how do I explain this? Oh. Yes. Déjà vu.

4. You will be compelled to re-catch-up and then, because you started at Season 6, you’ll then want to go all the way back to Season 1. I just know myself, guys. I mean, yourself. You know.)

So, this morning! Monday morning, our first morning of being back to a routine that required two lunches packed effectively, two backpacks arranged properly and two bodies dressed presentably. As if Monday isn’t hard enough! 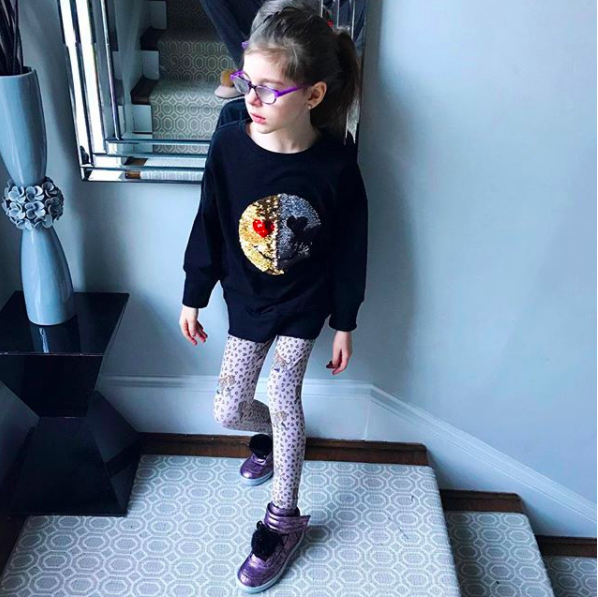 I did OK, as I got both kids dressed, fed, brushed, washed and coated…and we were so going to be on time…

but I could not find my car keys. Because I have not driven in DAYS.

When I finally located my keys, on a chair in my living room (because that makes sense), I looked at the clock and knew that I would be late. That familiar feeling crept right in and I was brought back to THIS DAY (that was a big post for me). If I was as late as I thought then I would have to walk my daughter into school and I was not, in fact, dressed to do this. We pulled up to her school, the doors were locked, and I had to schlep two children out of the car, across the parking lot, and into the school office while wearing fuzzy sandals and a pair of pants that are so stretched out that I have to hold them up. And do you know what is very hard to hold while also holding two small hands? Pants. So, on top of everything else, my pants partially fell down three times in the elementary school parking lot.

Their school day went by in a blur, as I spent time working, advocating, networking, making some big parenting decisions, taking calls and working some more. All was going smoothly–or as smoothly as a Monday can ever go–until my daughter got off of the school bus. My son and I had raced out of the house and down the driveway to greet her. I saw her little friend for whom I had a little Christmas gift, and so I asked her mom if she could watch my kids while I ran inside to grab it for her. I scooted up the driveway (fortunately, I had changed into pants that fit, so they stayed up, this time!), went to unlock the back door and stopped, in horror, as I realized that I had, in my haste, grabbed the wrong set of keys. A set of keys that I do not even recognize. (Apparently it is my husband’s old work keychain?)

I was locked out. Again. This time I had my phone (a plus!) but also two children (negative!) and I could not believe that I had such a similar experience to that which I described above in the jingle jingle piece. Thanks to my friend in the driveway, some MacGyver-like-skills and a mudroom filled with winter coats, we got back into our home, safe and warm. And yet, I still felt that déjà vu, between the tardy drop-off and the being-locked-out-thing. Both highlighted some incompetency on my part. Both made me feel less than in some way.

Why am I the mom who, sometimes, makes my daughter late to school? And why, when this happens, am I not dressed in a cuter outfit, or at least one with pants that will stay up?

Why do I lock myself out of my house?

If I can’t do it all, am I at least doing enough?

However, if I am being truly honest, in thinking about it more, I think that today highlighted the growth that I have experienced in the past year.

When I lost my keys this morning I had perspective and did not feel the world crashing down on me. When I worked all day I worked hard. When I locked my family out of the house I got myself back in, and not because of a stroke of luck, but because I figured it out on my own.

When Mer and Christina and Alex and George and Izzy started out, they were so green. They made innocent mistakes (like George’s failed APPY), but they learned from these errors and they did not make them, again.

So, while I will not claim to be an Attending yet, I am definitely approaching my Fellowship. I have declared my specialty.

I am a mom, a wife, an author, a blogger and I can juggle all of those things pretty well.

When it comes to things that are outside my comfort zone, it’s a toss up; sometimes I can fake it and sometime I fail. Making sure that my kids are always on time and not locked out? I’m a solid 85%

Making sure my kids feel loved every single day? 100% for sure.

So, while so much of what I was feeling today resembled déjà vu, perhaps it was something new.

The parts that felt familiar were less jarring than they were comical. And isn’t that what growth is all about?

Next time that I find myself in a rushed or frazzled or locked-out-ish situation I will make sure to remember that I can handle this, that it does not make me less of a mom/grown-up and that if I just stay calm and put on my big girl pants I can handle it.

Even if they fall down.

*The writing of this post was halted when I learned of the untimely passing of an amazing friend and vibrant spirit. Matthew. I wrote a tribute to him several years ago and I am so glad to have this piece of him alive and with me, always.