On this site I have become known for some specific things:

I speak openly and honestly about mental health,

I say the hard truths that others may be afraid to articulate,

I never turn down a dance party,

and I love Peeps.

I have written about my love of the sugary marshmallow candy so many times that seemingly everyone I know is aware that I love Peeps.

I eat Peeps all throughout the year. During the past 12 months I have enjoyed Peep chickens, Snowmen, Gingerbread Men, Birthday Party Sticks, Ghosts, Pumpkins, Hearts and, of course, my legendary Peeps s’mores.

So, I just realized that I should probably become the official spokesperson for Peeps & Company.

I mean, I am already generating at least some revenue for the company, as I have had Peeps sent to me from all across the country from my kind friends and readers.

And I really like dressing up in costumes. I think I would be such a cute little chick. I could even write a jingle for them!

This week alone, I received dozens of messages, informing me about Peeps Milk, Peeps Ice Cream and,

This morning, my husband got home from dropping our daughter of at school, carrying this: 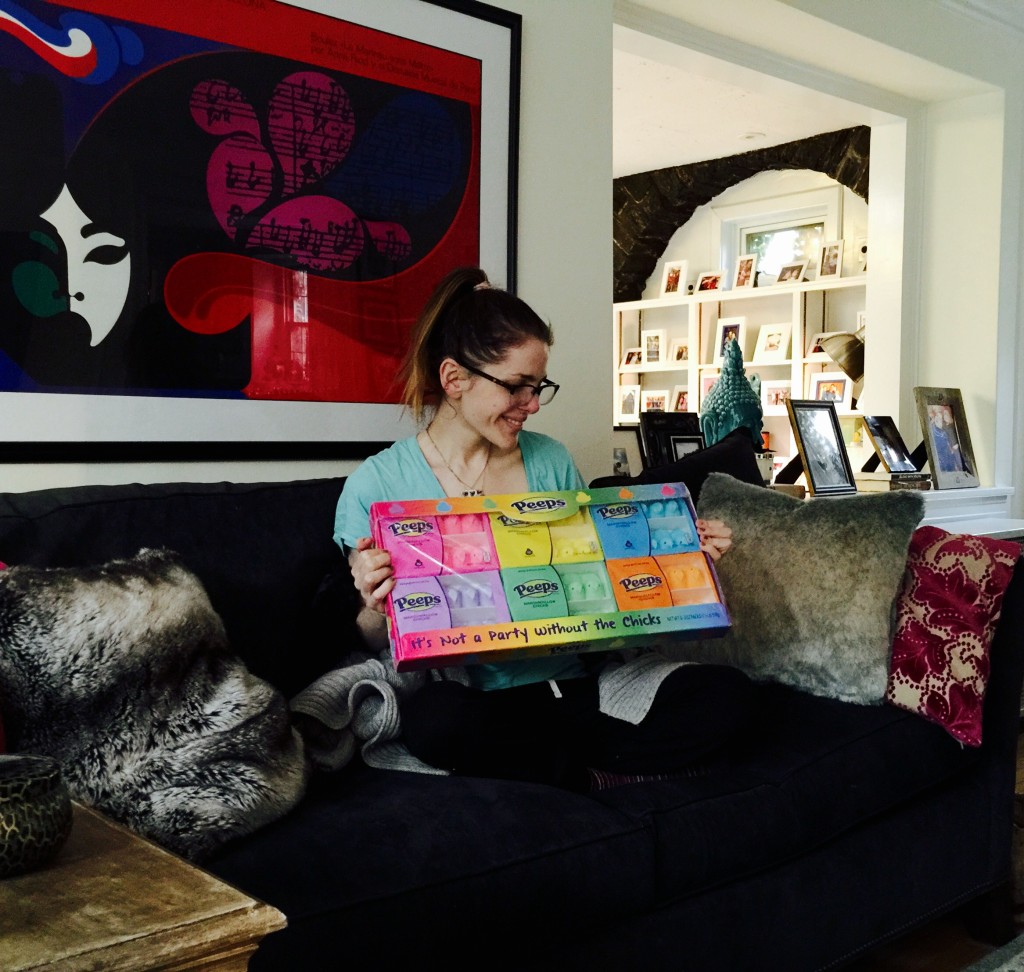 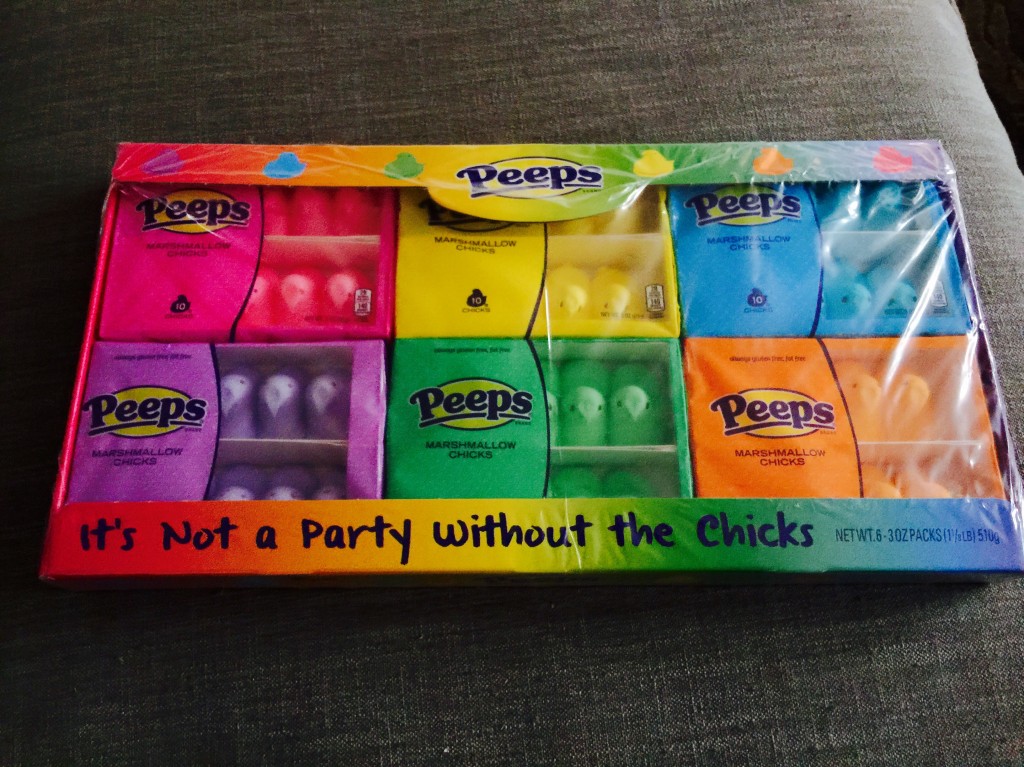 A sweet friend had seen it and just had to get it for me. She also told me about a Peeps Sundae at a semi-local ice cream shop.

Let me give you a little bit of Peep insider info:

While I like the taste of Peeps because they are sugary marshmallows, it is all about the texture for me.

The more chewy and stale, the better.

Just this week I finished my very last ghost Peep, which means that I had been keeping it in a container in my pantry since October. It was so perfect.

All of this is to say that I am now going to campaign to be the next Peeps spokesperson, because although I am a mother and a teacher and a writer and a mental health advocate,

I should also, most definitely, be a colorful, dressed up chicken.