Last night, in an amazing game that did origami with my insides, our Philadelphia Eagles won the Superbowl.

Did you catch that? The underdogs over here?

For me, this win meant so much; it is the ultimate Philly story (it is just so us); the story in and of itself is a pretty remarkable one; it gave hope to so many people from so many places across the world; my curse was broken…

but, this win, for me, was all about my dad.

My dad is one of those insanely passionate (yet mostly polite) Eagles fans that you hear about when there is a reference to Philadelphia sports. He has season tickets and leads his entire section in the old school

Last night, my parents went to the superbowl. On the flight to Minnesota (via Chicago) he also lead the entire plane in the choreographed fight song chant.

He went to the Superbowl, and we won.

But, on the day before the Superbowl, he cried.

I have written for years about how I am incredibly superstitious, and therefore, leading up to the game I would never say something like, “We are totally going to win!” but I will admit that I had a positive feeling about the game. Part of this was from data, as I had gotten to go to the last two play-off games and saw incredible, heart-bursting victories. But, my feeling was more than just based on numbers and knowledge and my confidence in our RPO plays.

Yesterday morning, while straightening things up from my flu-infected house (another story for another day), I saw a penny on the floor of my bedroom. I always take note when this happens, as a heads up penny, for me, is one of my pennies from heaven. It is a sign from my Nanny, one of my main angels up above.

When I looked at the penny I had to squint to see the number (I always check the year) and, using a flashlight to confirm, saw that it was unlike any other penny I had ever found, but had been hoping to see for so many years:

The year I was born.

And, I felt nervous. I needed the Eagles to win. I kept thinking of my favorite motivational song of sorts,

“And there goes my hero, he’s an underdog

He’s coming out on top

The 1985 penny was a good sign. But I could not shake my anxiety around the game. It meant so much to my dad and anything that means that much to my parents means an incredible amount to me. And then, when I found out that he had cried, the stakes grew even higher.

My sister was the one who told me about it.
“Did you hear that dad cried yesterday?” she asked, as we spoke before the big game.

as I don’t often find my 6’2” tough, powerful father weeping –

he explained it all to me. The last time that the Eagles were in the Superbowl in 2005 I was watching from a bar in Barcelona in the middle of the night. We lost, my heart broke, and I called my dad.

He was at the Superbowl, with my uncle, his younger brother, with whom he went to every game.

When he lost his brother in 2007, he lost a force of nature that is too big to put into words. And, his football game partner-in-crime. He (always) made my dad look tame, demure and, I would even say, lithe.

So when I asked him why he cried while in Chicago on the day before our huge rematch he explained to me that he was stressing about the logistics of getting to Minneapolis (as they were predicting snow in Chicago) and he was worried that their flight would be cancelled and, at some point, my mom lost her patience with the perseveration and told him to calm down.

And that is when he cried.

Of course he cried.

This was not just a game. This was everything. 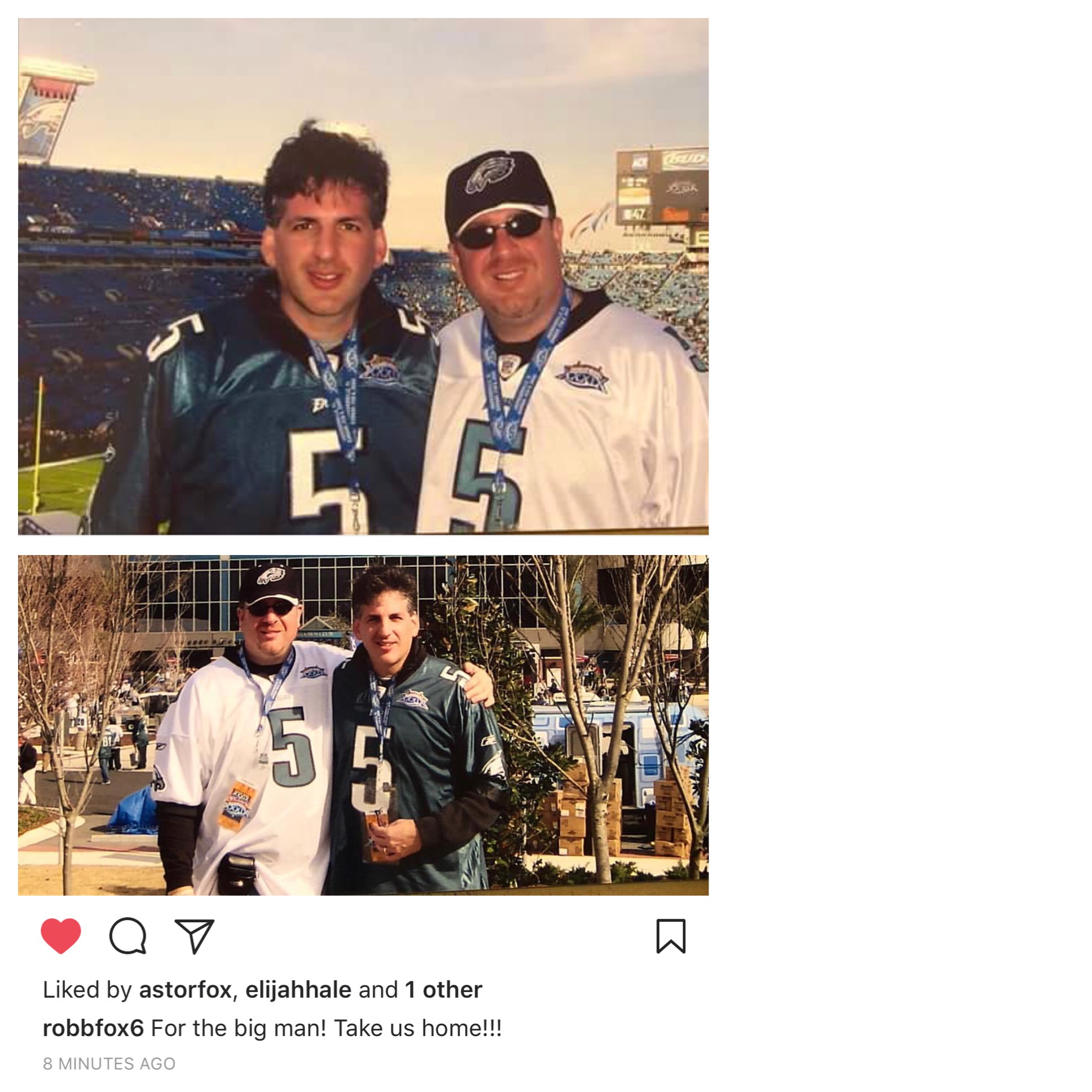 Without doing a play-by-play of last night’s Superbowl (no pun intended), I will say that for the fans, it was brutally beautiful. I had to hide the alerts on my phone from anyone who was not strictly discussing the game; I was texting frantically with my sister, who felt exactly the same way that I did, exhibited by the fact that we sent each other the same text (jinx!) more times than I can count; every time we moved the markers down the field I had to do a special hand signal and say, “And that’s another! Eagles! FIRST DOWN!”

I texted with my parents sparingly. I could not believe they were there. 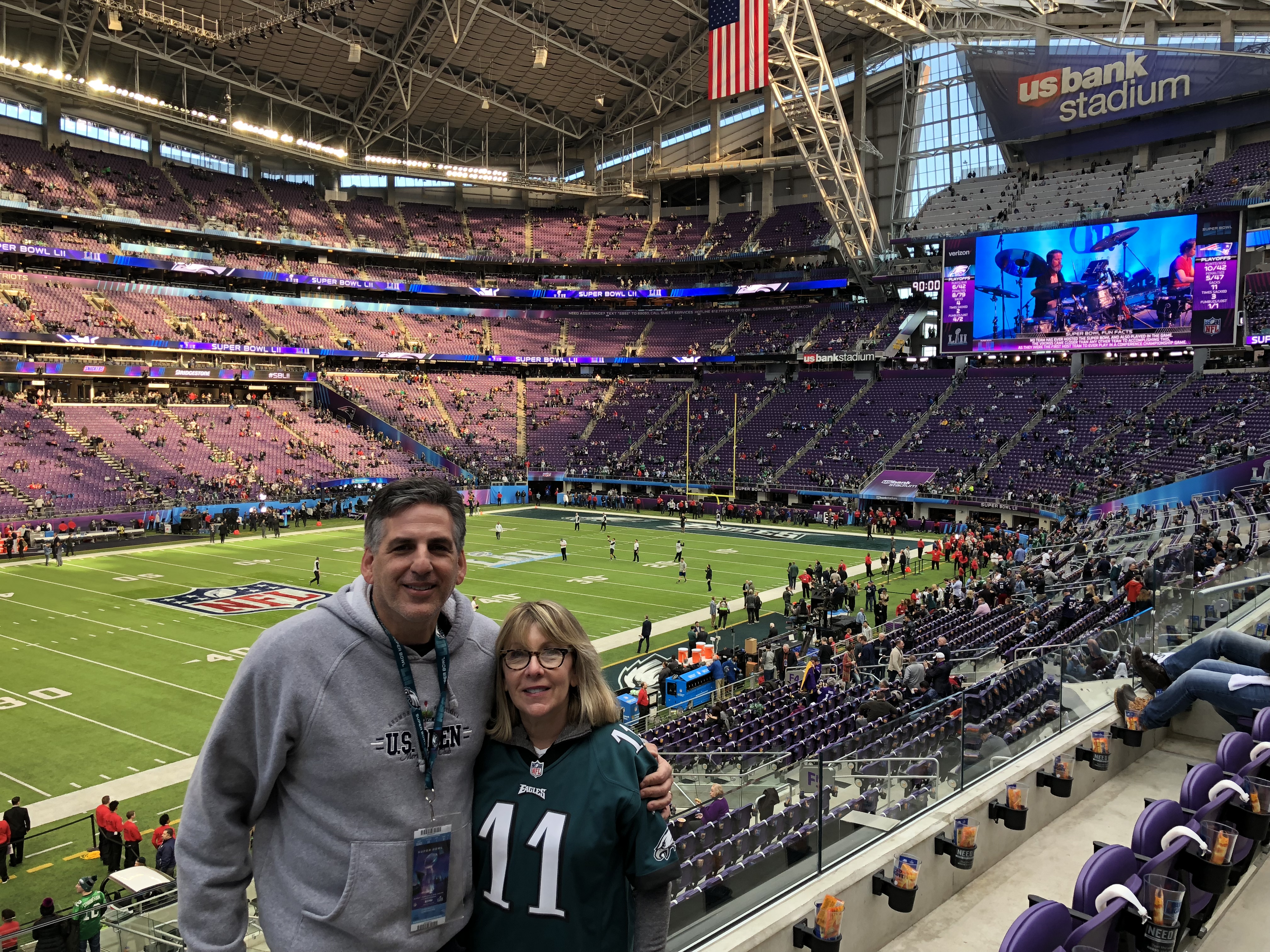 The game came down to the last play, with the last minute being one of the most tense I’ve ever experienced.

And then, suddenly, almost surreally, Brady threw a long pass, players from both teams went for the ball, and the clock ran out.

Most of all, I freaked out for my dad. 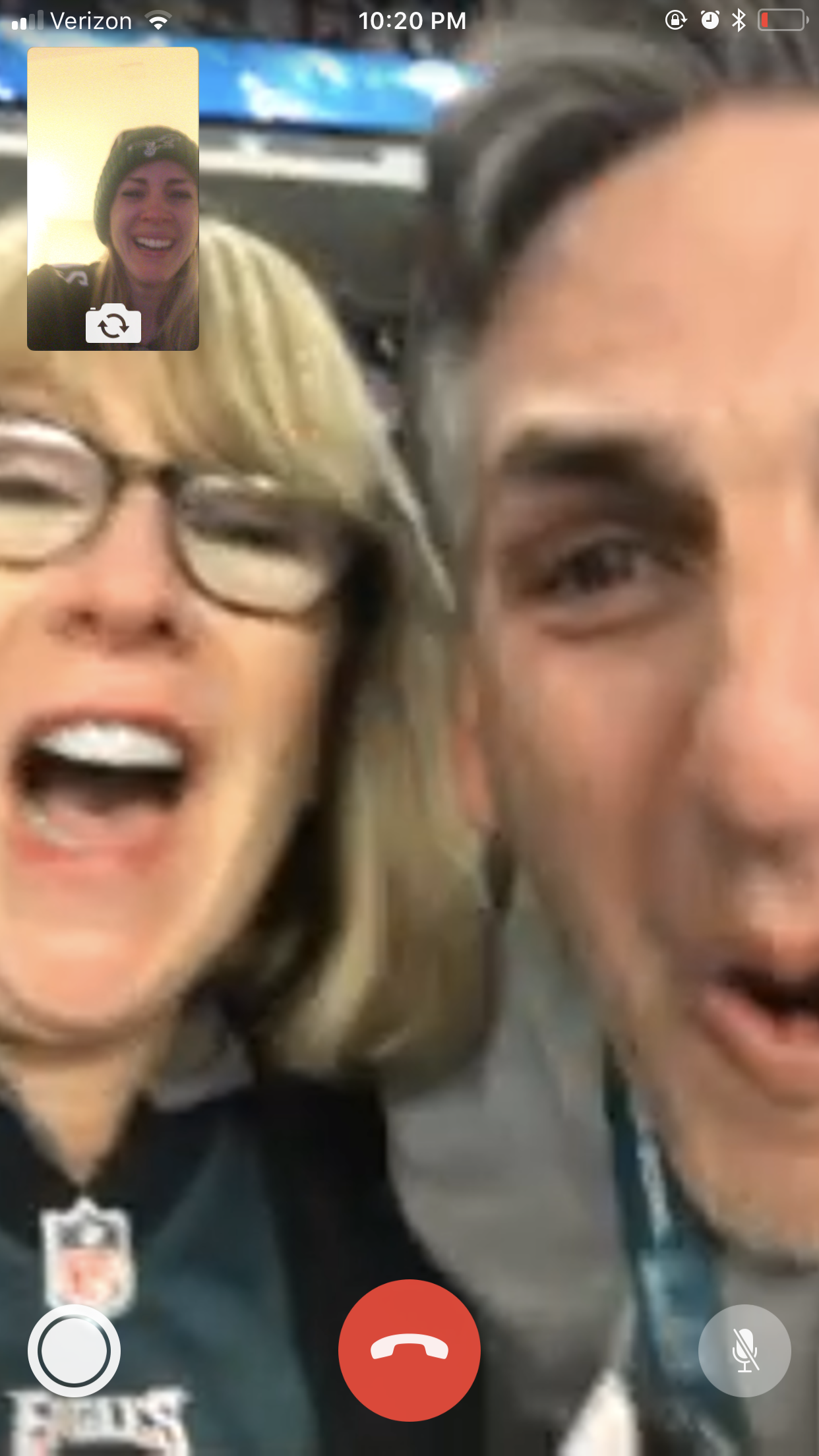 Last night, filled with adrenaline, I stayed up until almost 2:30. We had a friend staying over and so he and I watched the epic “This is Us” episode (which, mind you, he had never even heard of before, so that was something) and then, before turning in, re-watched the last 48 seconds of the game three more times.

We could not get over it.

Finally, I wrote a note for my kids to wake up to, crashed, and when I woke up this morning felt incredibly relieved that it had not just been a dream.

I was treated to these two things at the breakfast table (thank you to Main Line Today for the magazine feature!) and soaked up every drop of this moment in time. This embodies the “Hopeful Story” that I write about and try to live by each day. 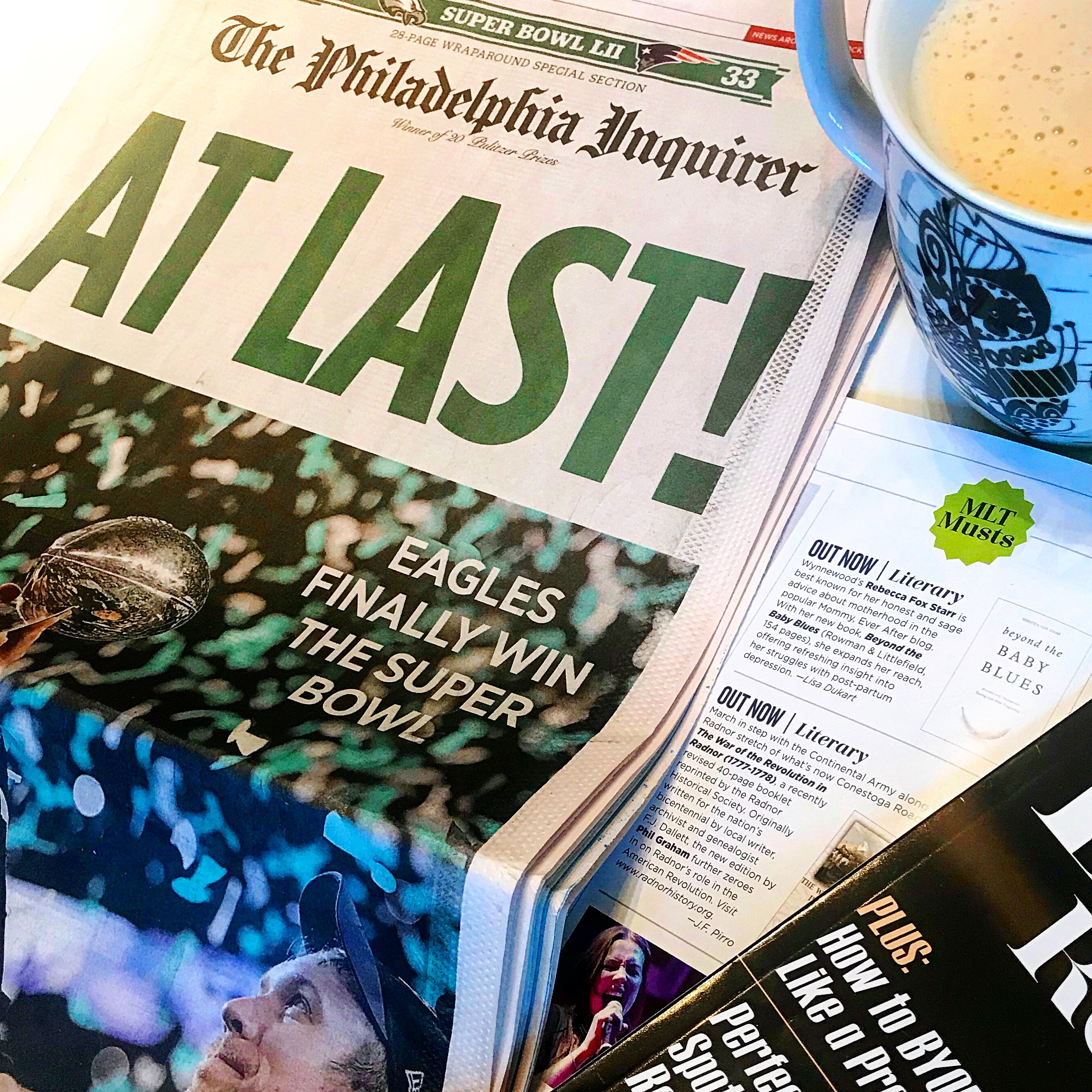 Last night, we went to the Superbowl, we faced Tom Brady (nice sportsmanship, btw) with our backup quarterback and a team of players who is made up of a group that is so Philly it is almost out of a movie (players who were previously cut, players who were told to leave other teams because they could not get along with their teammates, players who no one thought would have it in them).

I saw signs from my angels. My dad cried. Our city went bananas, in the very best way.

We got to be a part of something magical. We were reminded to believe in things again. We experienced the power of positivity at its best. We were faced with some unexpected darkness and emerged with the gleaming light from the huge, silver Lombardi trophy and some big ol’ rings.

We showed all of the critics, and we showed ourselves.