So, back in July, I made what I thought was the craziest call to the Pediatrician’s office ever.
(We thought my son had some kind of spreading rash when it was just a stain from the previous night’s cherry water ice.)
Well, I just may have topped it.
Let me just set the scene:
Temporarily, because of some work being done in our house, our sunroom has morphed into a playroom of sorts. It has been organized painstakingly with bins of trucks and barbies and puzzles and instruments. There is a roller coaster. Enough said. 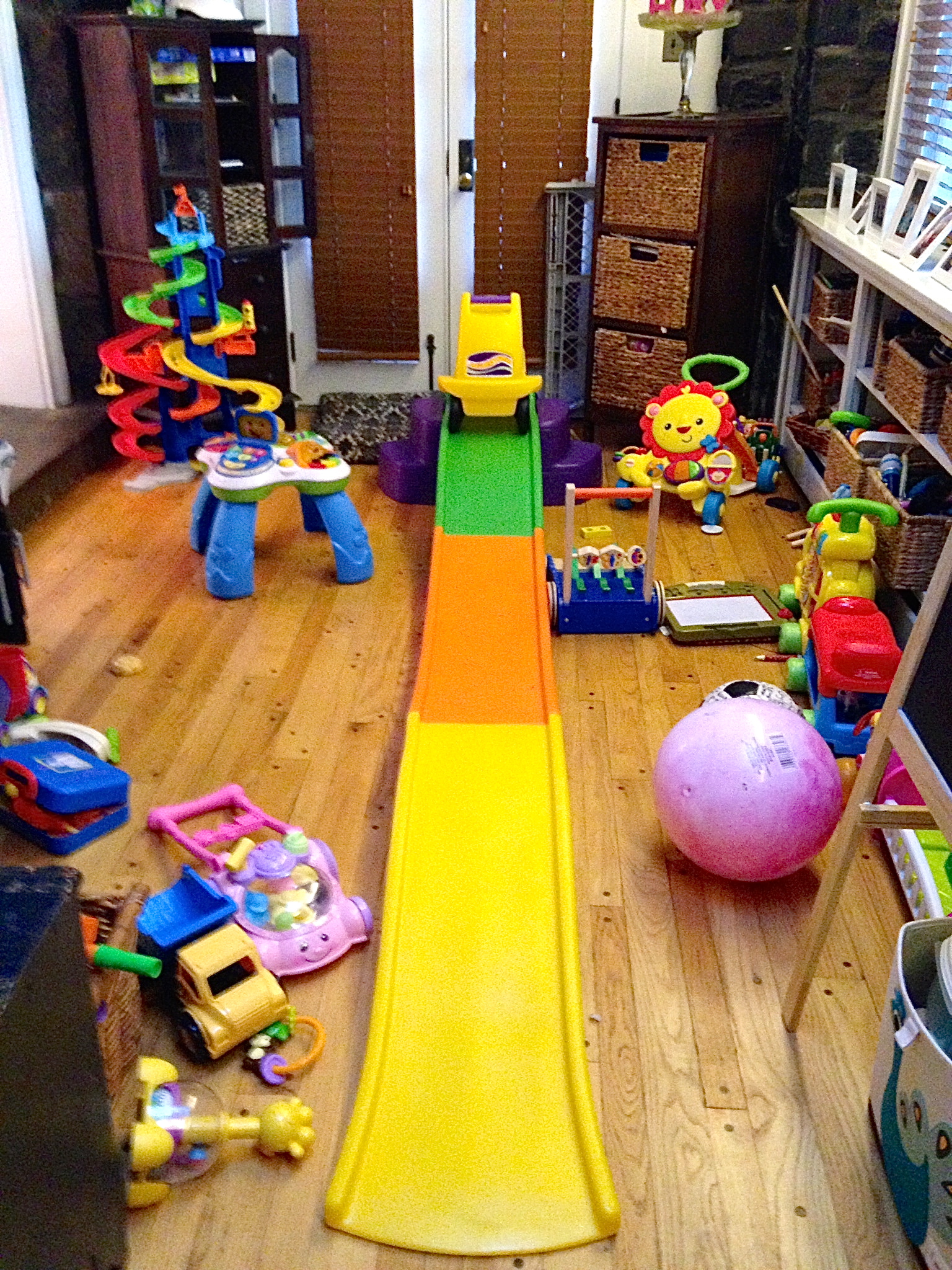 See? Toys galore. Every single thing a kid could want to play with. Or so I thought.
As I worked on the computer on the sunroom couch and my daughter played quietly by my side, I saw my son playing behind the little toy house facade we have in front of our built in shelves. I figured he was playing house.
Until my daughter said, “What is that perfume smell?”
And I went over to him and saw this: 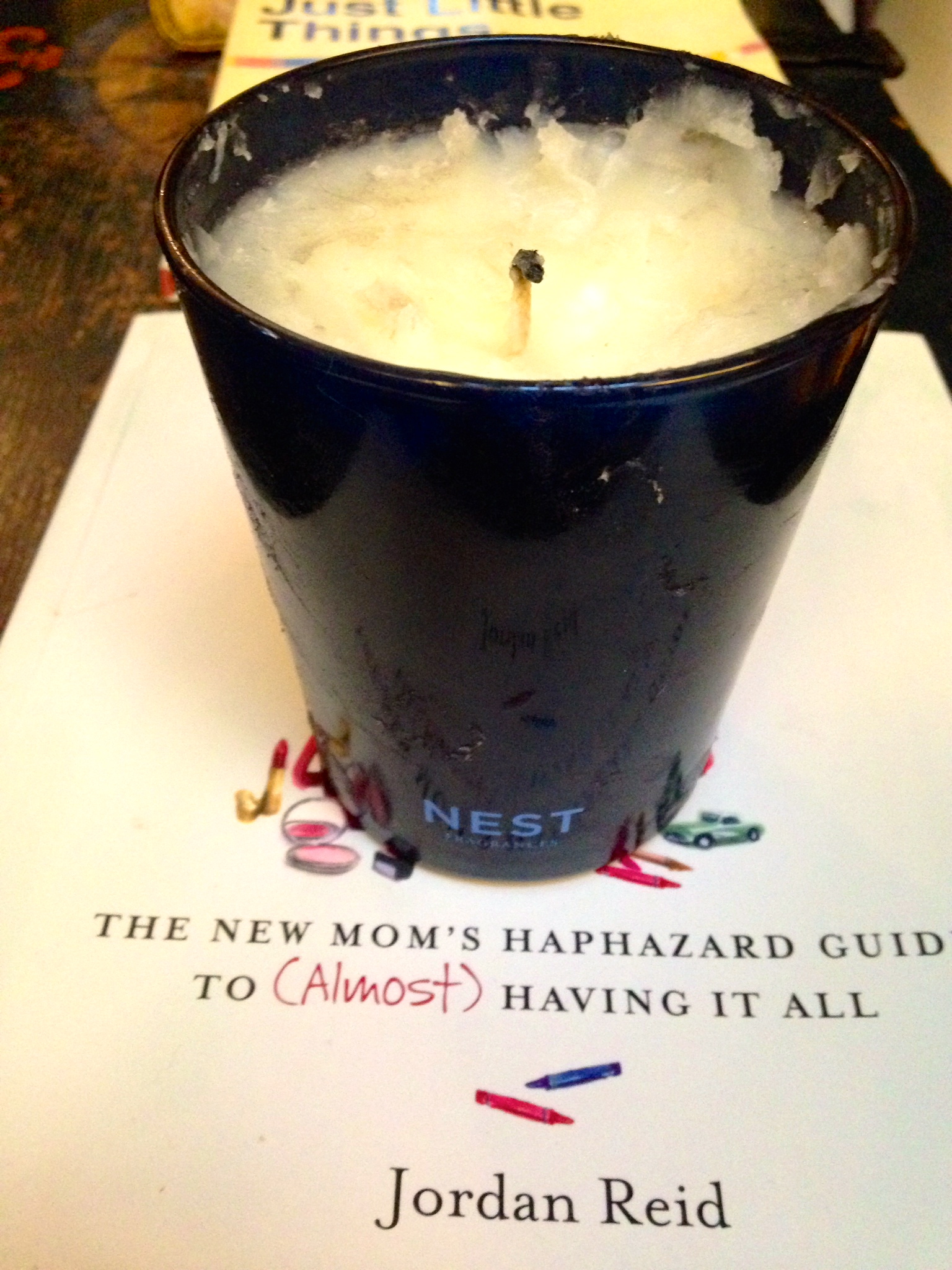 A beautiful Nest candle that had been massacred, as the wax had softened with the heat of the radiator.
And then I looked at my son.
And he had wax on his face.
And I smelled his mouth.
He. Ate. The. Candle.
I even went as far as tasting the candle wax myself to see if it was repulsive or strong, but oh no, it was nice and mild and he eats everything, so he definitely ate the candle.
The Y Chromosome strikes again.
So I had to call the Pediatrician’s office, because, you know I had to, and the nurse said that I had to call Poison Control.
Thankfully, I have now learned, Nest candles are not poisonous to one-year-olds, but come on, man. You had to eat my candle?
I cannot even begin to imagine what his chart at the doctor’s office is going to look like by the time he is five.
So in any case, I now reek of “Blue Garden” and I can’t get the taste of the wax out of my mouth and I just offered to pay my 4.5 year old daughter to watch her brother so that I could clean up and I hear her teaching him in the other room and I really, really hope that she is teaching him not to eat candles. Especially my nice ones.
Just went you think it can’t get any weirder…
it just does.
(By the way, if your child ingests anything and you are not sure, call 1-800-222-2122 just to be safe. And hold your candles tight tonight.)