We watched an episode of My Little Pony, found the “Tuesday” underwear from my daughter’s drawer, hurried her off to school, as my son and I stayed in our pajamas.

My son and I snuggled up in bed for a good two hours and napped together, as I fell asleep to the rhythmic sounds of his breathing.

And then we went to the eye doctor. And we got some unexpected news. My son had to get glasses at 11 months to correct his farsightedness, just like his sister before him. He also had to have a minor surgical procedure to unblock a clogged tear duct, and I feel so fortunate to say that it went very well.

Today, we learned that my son’s eye crossing is not exactly like my daughters, and my sister’s before her, and my mother before her ; he not only is extremely farsighted, but he also has a weak eye muscle. This will require a surgery, and it is a much more extensive surgery than the little tear duct probing. And my heart stopped beating.

I realize that my son is getting eye surgery.

In the scheme of life, this is a blip. It is a slightly large blip, but I recognize that parents, every hour, are given far worse news about far worse procedures and prognoses, so please do not think for one second that I do not have perspective. I do. I send all of the love I can muster to those parents and those children and those families.

But I also have the knowledge that my son will have to go under general anesthesia, be intubated, and face some pain afterwards. And, this surgery will not do anything to correct his vision.

The eye doctor said, “Boy, this one can’t catch a break, can he?” and I replied with, “None of us can this year!”

And I was thinking about my son’s first year;

He had a mother who went a little crazy and then was later hospitalized. He has been to the Emergency Room FIVE times now: once in utero, twice for RSV (which lead him to a most depressing Christmas week stay in the children’s ward of the local hospital), once for Carbon Monoxide poisoning and then, finally, for slicing his wrist on my mirrored coffee table, requiring seven stitches. He hasn’t had it so easy.

But just like the realization that I had a week ago, when it occurred to me that my sweet son is the best thing to have ever happened to me,

I had another epiphany today.

He is my strength symbol.

Right before we left for the Ophthalmologist, I found this tiny, stray feather stuck to the inside of the wrist of my sweater.

It gave me the feeling that I always get when I see feathers, which is that I can be strong and that there are people watching over us to guide and protect us, even through the darkest of days.

And then I got this crappy news from the eye doctor and I looked back down at my feather and tried to figure it out. What was it telling me?

My son is my strength symbol.

He has shown me bravery, fortitude and resilience like nothing I have ever seen.

He has had a tough year with some tough circumstances, and wakes up with a smile on his face every single day, showing seven little teeth, gapped and perfect.

So, my tiny feather, you are my inspiration. You show me what it means to be courageous. You have faced so much in such a short time and I am so, so, proud to be your mother.

You are my little hero.

And we will just keep chugging along. 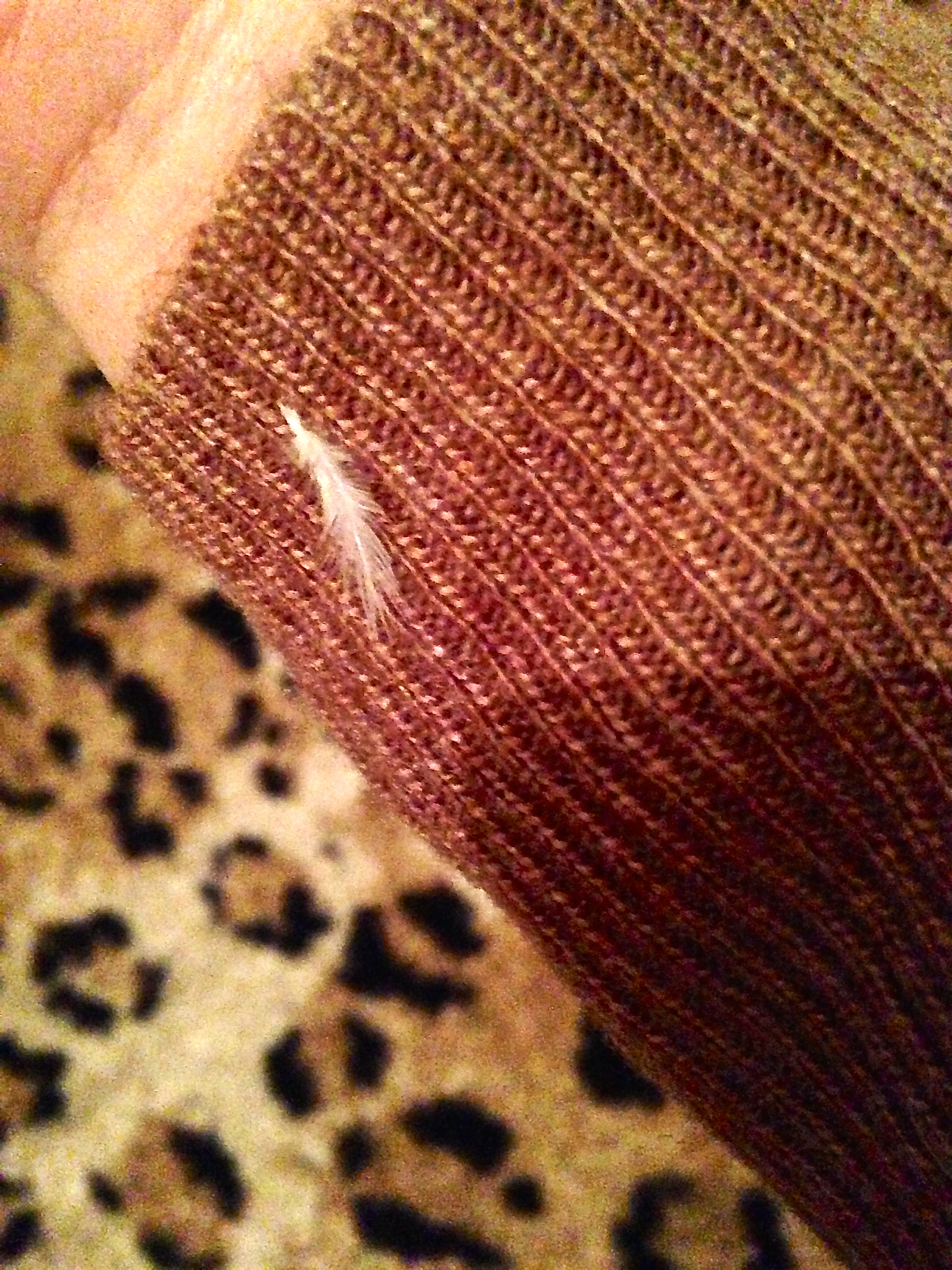