You look really cute today, by the way.

I have not written in too long (though I did recently publish a new podcast and one with a cliffhanger, no less!) and so I want to catch up with you. I hope that you’ve been well.

Here is what has been going on and why I have not written.

I had a really big day at the start of the month. In my world, it was really, really big.

For starters, I broke out my new favorite shoes 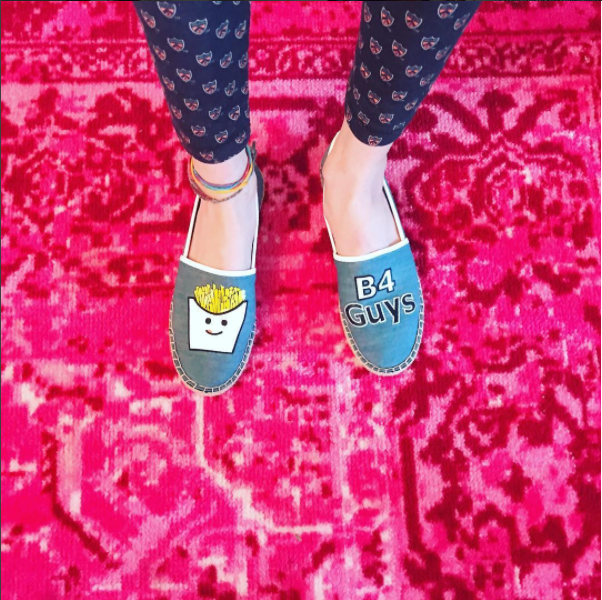 (though they’ve since met their match). 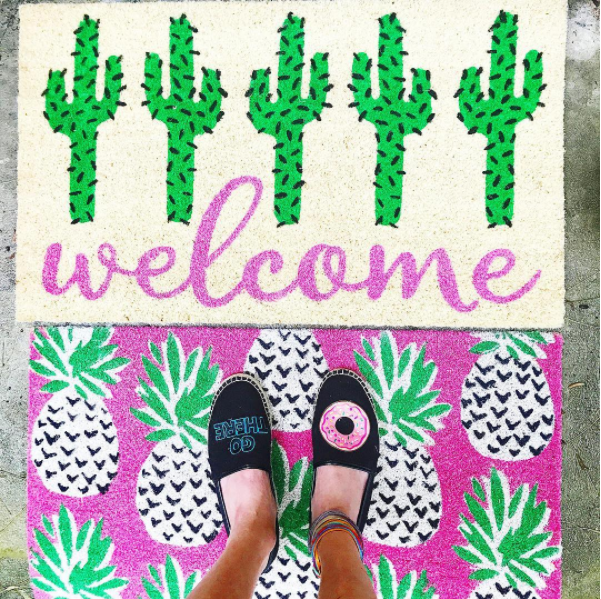 But April 1 was the day that I submitted my manuscript, in full, to the publisher.

The book has been submitted! And yes, I wrote a thank you to you!

I’ve been busy working on exciting projects, connecting with amazing people for awesome partnerships and living.

And I kept thinking of posts in my head, but I just never got them down on paper (or computer, as it were). I would quickly type messages to myself about my thoughts or experiences in the little “Notes” section of my iPhone, and then I would lose my way. This has happened before.

The friend with whom you can go a long time without seeing or talking to and when you do connect it is like no time has passed. The friend with whom you don’t want to start a conversation when you know that you will not have time to finish it or do it justice. So instead of writing small, hasty posts here and there, I’ve saved it up and now I will tell you where I’ve been.

First, I should say that I mean this both literally and figuratively. I am actually typing this from a huge iPad, on an airplane, while flying home from Orlando, Florida. If you follow me on Instagram you will see a lot of my Disnexperiences, but I will not get ahead of myself. So, since I last wrote I’ve been to Florida (and, if we are counting the countries in Epcot, I’ve also “been to” Canada, The United Kingdom, France (oh the rosé and crepes!), Morocco and Mexico. I actually really do not like to fly, and even though I have travelled all across the world, turbulence still scares me every single time. My kids are sitting next to me, both with headphones in watching “Moana” and still on high from their long weekend in Disney World, and I feel more blessed than ever to have them. They have gotten to this amazing stage, where they are both real people. My daughter is cracking us up with her wittiness and wisdom; my son is coming out of his shell and becoming more lovable by the minute. It is a nice stage.

If you’d like a dose of cuteness, click here, to see a skeleton pirate reciting his pledge, along with his shimmery sister.

So, besides the top of The Tower of Terror (twice), where have I been?

First, I have been aging. I had my birthday! This was one of those times when I thought to myself, “Come on! Buck up! You have to write! You ALWAYS write about birthdays! You even write about half birthdays” and I thought about what I would share about turning 32 that would be interesting to you but I never moved the words from my brain to my fingertips and onto the screen. Some of the highlights were the incredibly kind notes and gifts from family & friends, hula-hooping & bubbles, dinners out that included seafood towers, a flower crown & belly laughs (I’m telling you—Intsta is where it’s at!)…but nothing compared to my birthday evening. I was kind of bummy, as my birthday evening was the second night of Passover, and instead of a fun night out I had leftovers with my parents at their home. And it was the best. After we ate my dad’s amazing food, all 6 of us retired to the backyard for a game of catch. We ran the bases. We did cartwheels. We played monkey-in-the-middle and got dirty, grass-stained and the soles of our feet were almost black from being barefoot in their yard.

Then, exactly one week later, it was my daughter’s birthday.

I am not quite ready to write about that, as I feel the deluge of tears brimming from behind my eyes, but YES…

the baby that was born 3 seconds ago–

the inspiration for this blog–

And I know that I am her mother and I know that I am biased and all of that, but this girl blows me away every single day. She is the most empathic, kind, wise, thoughtful soul I have ever known. I want to be like her when I grow up. 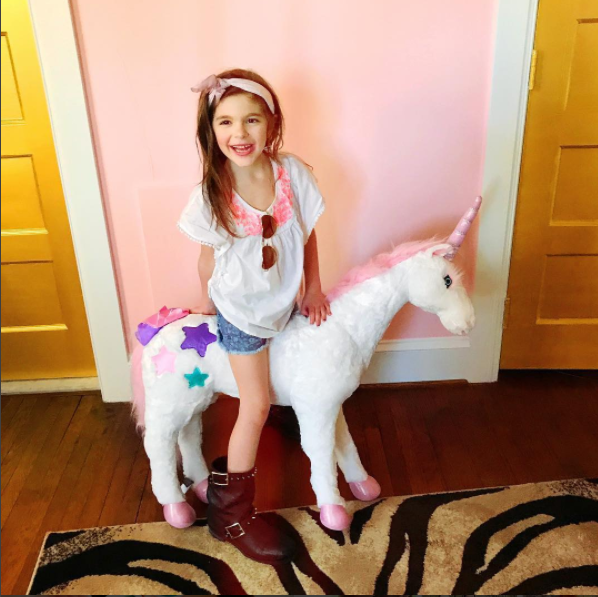 We decided to keep her birthday celebration really small this year, and without giving away too much, the theme was a variation of Coachella, the music festival out in the desert. The girls sewed, dance-partied, wore peace signs that had been painted on their faces, flower crowns & ate pink cupcakes…with unicorns all around.

Side Note: When setting up for her party (I made her a garland with different flowery shapes that spelled out her name), I read something that struck me: It said, “If we could describe Coachella it’s a mix of…bohemian and rock star. Think flower crowns, tattoos, music, teepees, dreamcatchers, fresh fruits, soft colours, feathers, ribbons, ice cream, balloons, pool parties and food trucks.”

I was like, “Um, hello, did they just describe Coachella or me?”

Fortunately, my daughter is also into all things boho and music and unicorns and sparkle and feathers and peace.

But, as I said, more on that later.

Since I last wrote, we have met many milestones. Some of these were challenging. There have been some really amazing, joyful times, and also some unexpected, devastating times. We are dealing with some hard things in our personal life, which is serving to bring us closer than ever. We’ve spent time in hospitals, in hospital gowns and in pain.

But, we’ve also spent time in Mickey ears, in flower crowns and, for one of us, in a Sublime LEOTARD.

And dancing spontaneously in public.

I’m back, now. So you can expect some fun posts this week including, but not limited to:

More about my daughter’s birthday and all of the magical (and wistful) feelings it has evoked;

Thank you, again, for your patience. You really are that kind of friend, and for that I am so grateful.

And now you know where I’ve been.

So, for now, be well. Take care of yourself. Hula hoop. Twirl in a flower crown. Take a deep breath. Feel my heart reaching out to yours. Dance, spontaneously, in public.