If you are a parent or someone who is around kids, you know that about 1/3-1/2 of the things that they say are actually true. There are kernels of truth in most things, but there are also great exaggerations (the kind folk refer to these as “imaginations”).

So my daughter tells me things every day like:

“There was just a HUGE ghost in my room but I’m Daphne and I captured him with Shaggy!”

“It wasn’t me who dumped all of the straws out of the drawer, it was my baby, and I told him to stop, but he kept doing it, so I started to do it too.”

“I can really do the flip like the girl in the Sia video, mom. No, like really.”

So if you remember, last weekend I had some very special time with my friends, particularly in that we had an overnight guest who went from being one of my besties to being one of my daughter’s.

And the whole time that she was here my daughter kept saying something about, what I thought, was a “bamboozle challenge”. And she would take two things (not edible things, mind you) and say “Is this buttercream or diaper cream?” and we would “guess” (because she would be holding up a plastic ice cream cone and a piece of play dough) and she would tell us if we were right. It was kind of weird but cute and we all assumed that this was something that she had made up.

Imagine my surprise when at the pharmacy today (because my kids are still sick and now both need antibiotics) she found these: 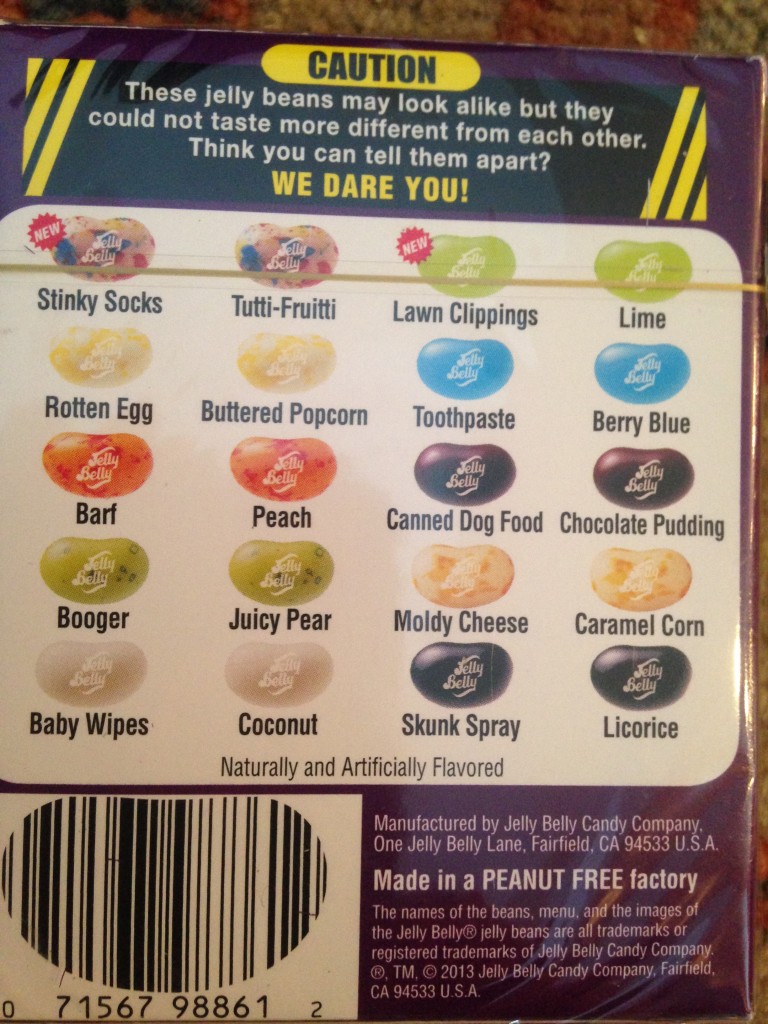 A box of Beanboozled collection Jelly Belly jellybeans, which, evidently, are how you do the BEANboozle challenge. I could not believe that this actually existed.

So, here is how I think it works: You and friends or family members gather together and you are given a choice of two identical looking jelly beans. I will use as my example the first two flavors pictured on my box above, as that was my first challenge. So, you have to try to guess which one is the real Jelly Belly flavor and which one is the gross alternative. I find some of the flavors to be absolutely repulsive in thought, as I have not (yet) tasted them, including “Canned Dog Food”. “Barf” and “Booger”.

So, as I mentioned, I did the first challenge. My daughter had the whole thing down. Now let me just say that I still have no idea from where she learned about this challenge (is this what kids on the playground are talking about these days?!) but she instructed us. I was to take the two identical looking, speckled beans and she had my son holding a cup for me in case I chose wrong and got “Stinky Socks” instead of “Tutti Fruity”. (That part was admittedly super cute. He just sat there, holding a cup, having no idea what was going on with his crazy mom and sister.)

Well, wouldn’t you know that I got “Stinky socks” which tasted to me like rotten cheese. And I could not get the taste out of my mouth. So when I did eat the “Tutti Fruiti” flavored bean, it still tasted gross. 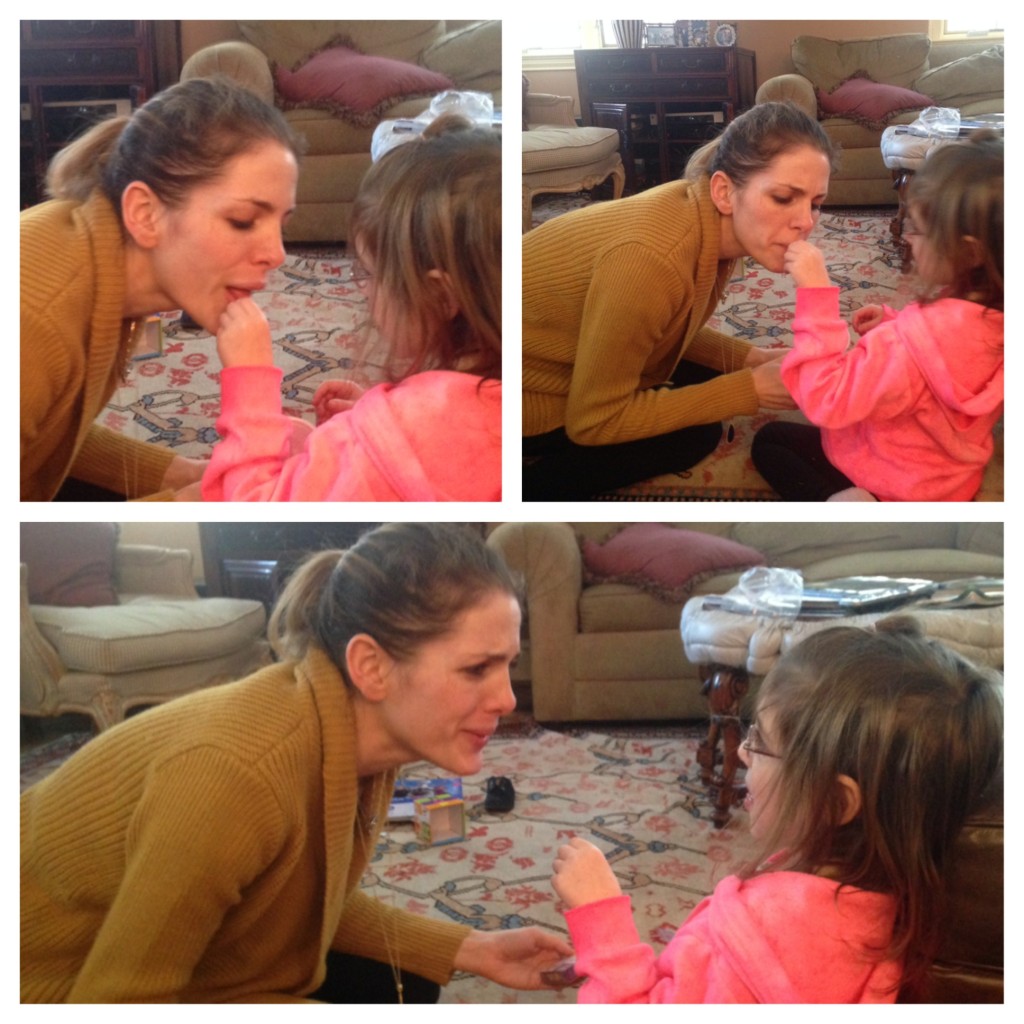 She was next. She chose the white jellybeans, which meant she would either get “Coconut” or “Baby Wipes”. She also chose wrong and, in solidarity, I tried the “Baby Wipes” flavor with her, because, you know, #yolo.

She was luckier on her second try, as she got “Berry Blue” instead of “Toothpaste”, and then we decided to call it a day. But don’t think that here won’t be more bamboozling going on around here tomorrow.

I should make it clear, I am in no way affiliated with the Jelly Belly brand. They are not my partners and they have no idea that I am writing this post. I am simply giving you, parents, caregivers, intoxicated college students, ideas for a fun activity to do when you’re a bit stir crazy in this cold (with these colds).

The funniest thing is that when I told my friend about the Beanboozle challenge she was also in disbelief that it actually exists. Well, perhaps I should start getting a care package together…

And for the record, I have never eaten a booger in my entire life. And I would prefer to keep that record going as long as possible. But who knows? I could get Beanboozled and then I lose one of my most powerful weapons in the game of “Never Have I Ever”.

Can’t wait to eat some “Skunk Spray” in the morrow.

Goodnight and sweet dreams (that is if you choose the right bean).